What Is Regression Testing? A Complete Guide 2021

What Is Regression Testing? A Complete Guide 2021 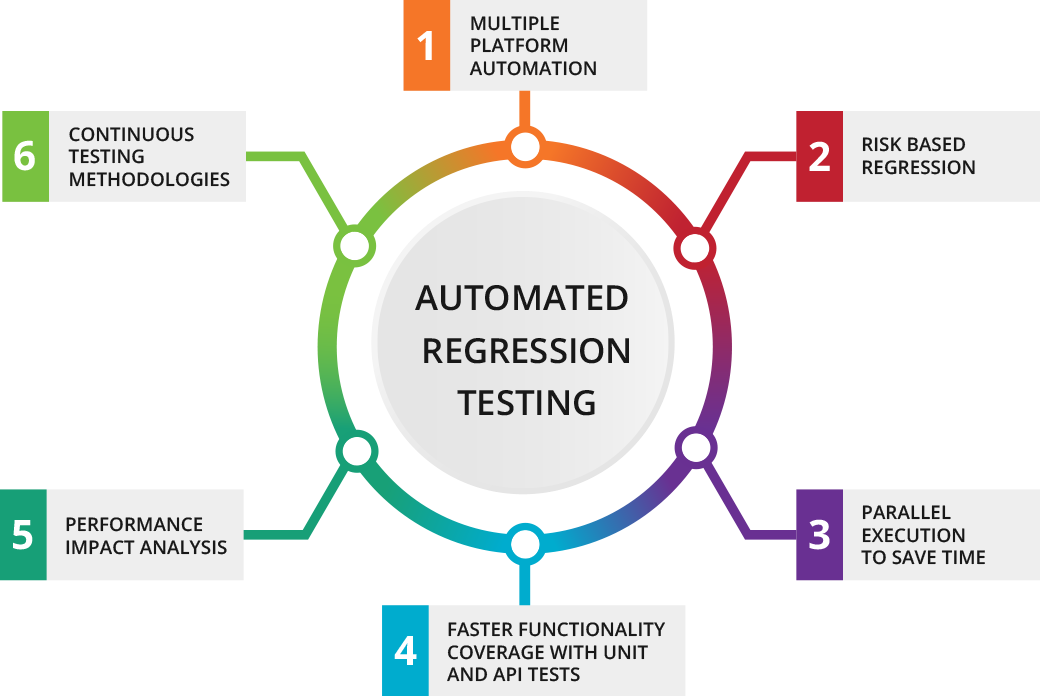 Regression testing indulges hard-core testing that is simultaneously performed for verification of the code change in the software. Regression testing doesn't impact the existing functionality of the product. It is for making sure the product works fine with new functionality, bug fixes on any change in the existing feature. Previously executed test cases are executed to verify the impact of change.

Regression testing is a software testing type in which test cases are re-executed to check whether the previous functionality of the application is working fine. Also re-checking if the new changes are bug-free.

This test could be performed on a new build when there is a significant change in the original functionality that is even in a single bug fix.

Regression testing usually darkens the landscape for providers of software testing and their project managers. To dispel the clouds, the project manager conducts an in-depth understanding of what recreation testing exactly stands for and the progressive value of the project.

If you developed an alarm clock mobile app.

This app has only two core functions, namely setting the time and activating a sound signal to wake you up. Functional testing could be run to make sure the app is working, get a positive result, and rest assured that later on, you can decide that the app may inform you about important events in your calendar.

You can add the feature and test it. It works well, but this time you need to return the backup functionality of your app to make sure a new function doesn't hamper the existing one.

The way regression testing works also depends on the project methodology. For having a clear view, let's consider extreme cases:

Recognizing the scope of the test suite, regression testing is a lengthy process taking a couple of months. The major stumbling block here is debugging. If the code was returned a while ago, the developers may have some difficulties in remembering it.

The software development process falls into short cycles that last about 6 weeks and result in the complete development of a part of the project in agile. Test engineers should consider running regression testing at the end of each sprint. Nevertheless, this is really the case because in agile projects teams need to meet tight deadlines and regression testing simply doesn't fit in.

How to perform regression testing?

Regression testing could be called by either manual or automated methods:

Manual regression testing revolves around the conduction by manual testing engineers. In this case, regression testing doesn't require any testing tools except for bug reporting. In some cases, test engineers even use Microsoft Excel for reporting bugs, the testing process here to identify the software parts and areas that might be affected by modern changes.

The next step is employing relevant functional test cases for checking whether old features were correct or not. It will fully correspond to the present testing definition.

Automated testing is usually performed by engineers who have knowledge of programming languages and a good command of at least one automated testing tool. The choice of tool will depend upon the software to be tested. Automation engineers want to invent test cases. Developing test scripts that rely on effective manual test cases has repeatedly found bugs. That is, visual regression testing manual efforts usually lead to test automation.

Also, read Comparing The Selenium And Cypress Testing Frameworks In 2021

According to Statista, testing and QA costs will reach 39 percent of the entire project budget by 2018, and 40 percent-70 percent of this cost corresponds to regression testing.

How much regression testing is required?

This totally depends upon the scope of newly added features. If the scope of a fix or a feature is too large, then the application area getting affected will also be considerably large.

The testing should be performed by including all the application test cases. This could be effectively decided if the tester gets input from a developer about the scope, nature, and amount of change.

These repetitive tests can be converted into an automated format. To improvise the test cases alone, they can be executed on a new build. Regression test cases should be selected very carefully to ensure that maximum functionality is covered in the minimum set of test cases. This set of test cases with continuous improvements are for the newly added functionalities.

Regression testing is one of the most crucial techniques, as it helps in delivering a quality product by making sure that any change in the court, whether it’s small or large, does affect the existing or old functionality.

A lot of automation tools are available on the market for automating regression test cases. However, a tool should be selected as per the project requirements and it should also have the ability to update the test suite as the regression test suite needs to be updated frequently.