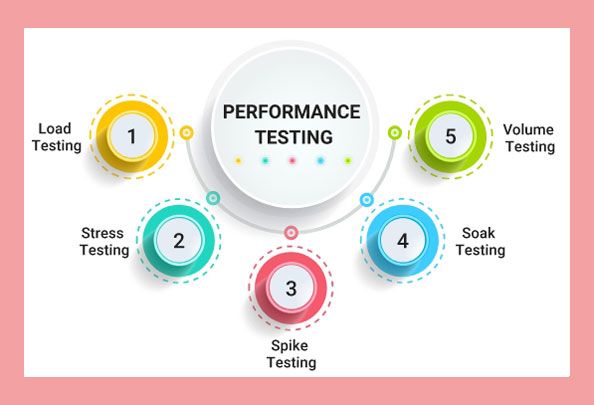 Performance testing is the software testing technique used for testing a given software application’s speed, response time, consistency, usability, scalability, and resource load. Quality assessments are specifically designed for the identification and removal of device performance bottlenecks. It is sometimes called ‘perf checking’ as part of performance engineering.

Output assessment depends on the control of software.

Why do Performance Testing?

Features and functionalities provided by a software framework are not the only problems. A software system’s performance, such as stability, utilization of resources, and scalability, matters. The aim is not to identify glitches but to eradicate bottlenecks by the performance testing process.

Performance testing strategy is carried out to provide stakeholders with speed, stability, and scalability information on their application. More specifically, the performance testing process shows the changes to be implemented before the marketing of the product. The software can have problems such as running slowly when multiple people concurrently use it, discrepancies with various operating systems, and bad compatibility without performance checking.

Performance checks would decide whether their program complies with the expected operating loads for speed, scalability, and reliability. Apart from current or low-performance tests, applications submitted into the market with weak performance metrics are likely to have a negative reputation and to fail to achieve the anticipated revenue targets.

Here is a list of the main types of performance testing:

The purpose of load testing is to measure the application’s performance in a growing number of users. The application is checked by loading or increasing the number of users, and the results are calculated to verify the specifications. This cost could be the estimated number of users who conduct a certain number of transactions on the platform during the set period. This test would display the reaction times for all main business transactions. If we already track the database and application server, this basic test alone will lead to a programming bottleneck.

Capacity tests (sometimes called scalability tests) allow us to assess the device users’ potential capacity while not reaching the maximum time we have specified.

This performance testing example shows that 20 users with a page time of 3.5 were conveniently supported by the method. Now we want to find out our system’s capacity – or can’t wait for a response time of 3.5 seconds? Is there going to be 21 users, 30, 40, or 50?

The ‘Safety Zone’ for our system is our higher-level goal. To what degree, without harming the end-user experience, should we stretch it?

The results map below indicates that the device serves 28 users for 3.5 seconds. However, if the load size is 29, page time tends to reach the 3.5-second mark.

The purpose of a stress test is to figure out how a machine works under severe conditions. If we are intentionally attempting to tear down the device by adding some drastic criteria, whether we double the number of users, use a less memory database server or use a poorer CPU server.

What we like is how the device will be stressed and what the user interface will be? Can the machine continue to release mistakes? Is response time going to double? Or is it going to trapped and fail the whole system?

To proceed with the preceding performance testing example, we will continue to increase the device’s load instead of stopping with around 30 users (when page time reaches our goal). Our stress test shows that, despite growing page time, the system works for up to 41 people. However, as the load hits 42 people, the code will continue to worsen, with a page time of 15-17 seconds.

Very frequently, the “normal” load test, which is done for a limited period, won’t show all issues. A manufacturing operation normally lasts days, weeks, and months. For instance, an eCommerce application should be available 24 / 7 and a stock exchange app will run continuously during working days. The length of a soak test should have a connection with the system operating mode being tested.

The purpose of soak testing is to identify performance testing strategy issues that only emerge after a long time. During soak testing, we’re asking questions such as:

Is there a recurrent mechanism that influences the system’s output but can only be observed while it runs long? Exporting the data into third-party applications, for example, a recovery process that takes place once every day.

We are checking for improvements in device actions while we run soak tests. The example below shows how steady the load is for some time, but a memory leak (=green line) persists. This memory leak could not impact the system, but the structure might fail after a while. (The following example is shorter than a standard soak test that lasts for hours, days, and even weeks.)

Another case of usage seen below is the constant load scale, but then there is a memory increase (red line) after 50 minutes of the test, which hurts the output. It is how a regular background routine influences the machine at the start of the operation. (It will take even more time again in a true soak test).

If there is one message from these types of performance testing, that is—too many performance engineers don’t care enough about what the targets of each test are, what their objectives of the device under test are. Be sure we have concrete expectations for our experiments before we engage in complicated, time-consuming scenarios.