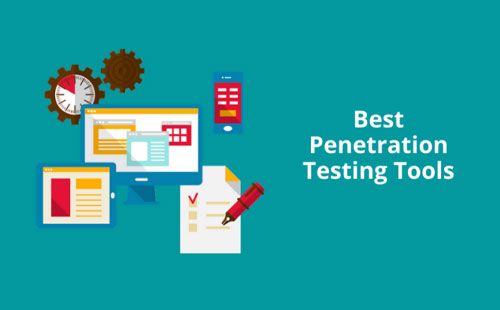 What is Penetration Testing?

Pen testing can include the attempted breaching of any number of application systems, for example, application protocol interfaces (APIs), frontend or backend servers to disclose vulnerabilities, such as unsanitized intakes that are vulnerable to code injection attacks. Now let’s look at the top penetration testing tools.

Netsparker Security Scanner is an outstanding automatic web application for penetration testing. The software can recognize everything from cross-site scripting to SQL injection. Creators can utilize this tool on web services, websites, and web applications. The system is strong enough to scan anything between 500 and 1000 web applications at the same time.

It is once known as Ethereal 0.2.0, an award-winning network analyzer with more than 500 authors. You can quickly capture and interpret network packets with this software. This tool is open-source and accessible for many systems, including Solaris, Windows, FreeBSD, and Linux.

Acunetix is a completely automated web vulnerability scanner that inspects and reports on over 4500 web application vulnerabilities encompassing all variants of SQL Injection and XSS. It completes the role of a penetration tester by automating assignments that can take hours to test manually. Acunetix entirely supports HTML5, Single-page applications, and JavaScript as well as CMS systems.

Metasploit is the extensively utilized penetration testing automation framework in the world. Metasploit assists experienced teams verify and manage security assessments, enhances awareness, and arms and empowers defenders to stay a step ahead in the event. It is helpful for testing security and identifying flaws, setting up a defense.

Core Impact asserts the biggest range of exploits accessible in the market, with over 20 years in the market. They also allow you to run the free Metasploit exploits within their framework if they are losing one. They claim to be the market ruler and used to possess a price tag to match.

Hackerone is one of the major security testing platforms. It can discover and fix crucial vulnerabilities. With this hacker-powered security outlet, you will not have to wait for the report to uncover the vulnerabilities. It will warn you when the vulnerability will be found. It will let you transmit promptly with your team by using tools like Slack. It gives integration with products like Jira and GitHub and you will be able to collaborate with dev teams.

The intruder is a significant vulnerability scanner that reveals cybersecurity weaknesses in your digital estate. It also illustrates the dangers, and assists with their remediation before a breach can happen. It is an excellent tool to boost and automate your penetration testing actions.

It is created by trained security professionals, Intruder takes care of much of the dispute of vulnerability management, and through which you can concentrate on what truly matters.

Indusface WAS delivers both manual Penetration testing wrapped with its own automated web application vulnerability scanner that inspects and reports vulnerabilities found on OWASP top 10. It also comprises a Website reputation check of links, defacement, and malware checks of the website in every scan.

Parrot Security is a pen-testing tool that offers a completely portable laboratory for security and digital forensics experts. It also enables users to protect their privacy with anonymity and crypto tools.

The open-source intrusion detection and pen testing system is Snort. It proposes the advantages of signature-protocol and anomaly-based inspection procedures. This tool enables users to get the utmost protection from malware attacks.

This is essentially a network protocol analyzer, prominent for delivering the minutest details about your network protocols, decryption, packet information, etc. It can be utilized on Windows, Linux, Solaris, FreeBSD, OS X, NetBSD, and many more systems.

Web Application Attack and Audit Framework i.e., W3af. Few of its components comprise fast HTTP requests, injecting payloads into many kinds of HTTP requests, integration of web and proxy servers into the code, etc. It has a command-line interface and functions on Linux, Microsoft Windows, Apple Mac OS X, etc.

Nessus is also a scanner and it requires to be looked out for. It is one of the extensively robust vulnerability identifier tools accessible. It works in sensitive data searches, website scanning, compliance checks, IPs scan, etc. and helps in finding the ‘weak-spots’.

Burp Suite is also basically a scanner with a limited “intruder” tool for outbreaks. Although various security testing professionals swear that pen-testing without this tool is unbelievable. The tool is not free, but cost-effective.

If breaking encrypted passwords or network keys is what you desire, then Cain & Abel is an excellent tool for you. It uses network sniffing, Brute-Force & Cryptanalysis attacks, Dictionary, cache uncovering, and routing protocol analysis techniques to accomplish this.

ZAP is entirely free to use, scanner, and security vulnerability detector for web applications. It includes Proxy intercepting aspects, a variation of scanners, spiders, etc. It functions best on most platforms.

One more password cracker in the queue is John the Ripper. This tool functions in most environments, although it’s mainly for UNIX systems. It is assessed as one of the fastest tools in this genre.

Password hash code and strength-checking code are also created accessible to be incorporated into your software which can be interpreted as very unique. This tool arrives in a pro and free form.

As defined to a specific application or a server, Retina targets the whole environment at a particular firm. It comes as a collection known as the Retina Community. It is a marketable product and is a kind of a vulnerability management tool further than a Pen-Testing tool. It functions on having planned assessments and illustrating results.

The ethical hacking significance states that it is a practice involving the deployment of hacking methods to recognize vulnerabilities in a provided data system. An ethical hacking tool like most other disciplines comprises certain techniques and practices. These are utilized to execute a wide variety of different operations to also improve the overall integrity of a cyber-system.

The knowledge of ethical hacking techniques is necessary for experts in the field who are trying to develop a workable method to confirm the cybersecurity of a given digital system.

There are three highly-rated ethical hacking techniques utilized by specialists in the field are as follows:

Pentesting is a primary factor of many types of security audits, comprising the PCI-DSS regulation, which needs annual pentests on active systems that handle or hold payment data. Pentesters will use a combination of manual and automated testing, utilizing an enormous array of tools.

Because of the vibrant nature of the security world as well as the changing nature of hackers, being up-to-date on the modern strategies, tools, and exploits is an important part of all security professional’s lives, including pen-testing.

Penetration Testing tools assist in recognizing security weaknesses in a server, network, or web application. These tools are very helpful as they enable you to identify the “unknown vulnerabilities” in the software and networking applications that can result in a security breach. If unauthorized access is probable, the system has to be rectified.