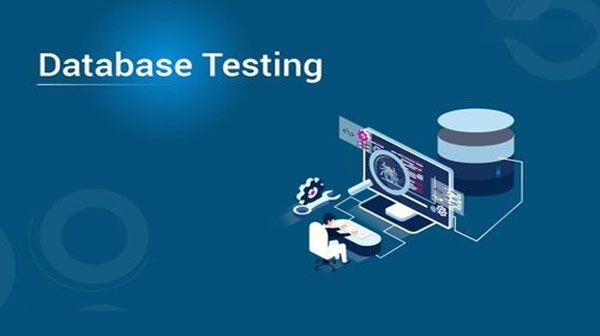 The database is a very important element of any application, as it is the one that stores all the data provided by the users to it. For the smooth working of the software, it is necessary to keep the database organized and working in the desired way. Database testing is important for ensuring any software’s reliability. Hence Database testing tools are as important.

For signing up on any software a user is required to enter his details like Name, Email ID, address, phone number, etc. This data is stored in the backend for future use. So next time when a user tries to log in, the input data provided is compared with the database data and if a match is found then the login will be successful otherwise it will fail.

This testing can be done manually or clients can prefer database automation testing. There are many database testing tools available for relying on the abilities of machines to perform such a tedious task on the database under test.

Data Factory is a commercial tool used to generate and manage the test data for database testing. The innovative design of the tool’s user interface makes it easy to operate the software. Along with that, it is also able to handle complex relationships among the data. It is considered to be one of the most effective tools for executing queries involving a large amount of data.

Stress or load testing can be performed effectively and efficiently on the database. But it is not considered a practical solution for a database with a small amount of data.

DTM Db Stress is used to perform stress and load testing on the database applications, or the server of an information system storing all the network’s data. With the help of this tool, the user can execute a large number of queries on the database frequently to test the performance capabilities of the database.

It is necessary as in real life there are situations when a large number of users are making requests to the database at the same time. Db stress generates a detailed report of the test performed on the database. The unified database interfaces supported by it are ODBC, IDAPI, OLE DB, Oracle call interface.

It is less tedious to perform database testing by the dynamic SQL statement support and built-in test data generator. The stress testing can be automated or scheduled using the command line support. Along with that, it also provides runtime time which saves a lot of the team’s money. A visualizer is also available to analyse the test report.

HammerDB is a free and open-source software for performing load testing on databases. It is used by major databases like Oracle database, SQL Server, IBM DB2, MySQL, PostgreSQL. It serves full functionality and extensibility for Linux and Windows operating systems.

The users are allowed to use the GUI and command line for completing automating the process. The database is tested with complex transactional and analytic workloads according to industry standards.

The user can analyse the database’s performance with the metrics and test reports. It is also capable of generating bulk data and loads for cloud testing. Many real-world instances can be enacted for virtualisation and cluster testing.

JDBDT is used to test database applications with the help of an open-source Java library. This library contains test codes for the automation of database setup and validation. It is lightweight and easy to integrate JDBDT with the database system, as it has no dependency on any third-party library for it’s working.

A unique feature of JDBDT is δ-assertions which are used to verify database changes, along with the standard assertions for database state. It is a prerequisite to install Java 8 before installing JDBDT, as it is not supported by the prior versions of Java.

A single API facade can be used to expose the core functionality. In association with the database, tables and queries are used as data sources.

NoSQL is an open-source Python tool used to automate injection attacks and expose the weaknesses in web applications using NoSQL databases. It allows the user to clone data from the database.

Currently, the software work is focused around MongoDB, CouchDB but NoSQL is planning to add other NoSQL platforms like Redis, Cassandra to the list of supported databases in the future versions.

There are some prerequisites for installing NoSQL Maps based on the following features:

To set up NoSQLMap, one should type ‘python setup.py install’.

SQLite is another reliable and robust database testing tool. It’s version 3.33.0 is reported to have approximately 143.4k source lines of code. There are 4 test harnesses used for testing:

Anomaly testing is performed to test the behaviour of the database when it is operated unexpectedly, one example is invalid data input. A system should know to deal with incorrect data. Other tests like the fuzz test and regression test are also performed by SQLite.

Database testing tools can help in easing out the process of checking that the data displayed in front of the user is the same as what is stored in the backend. And no user would like to use software that does not let him log in or display incorrect information, even after providing correct input by him.