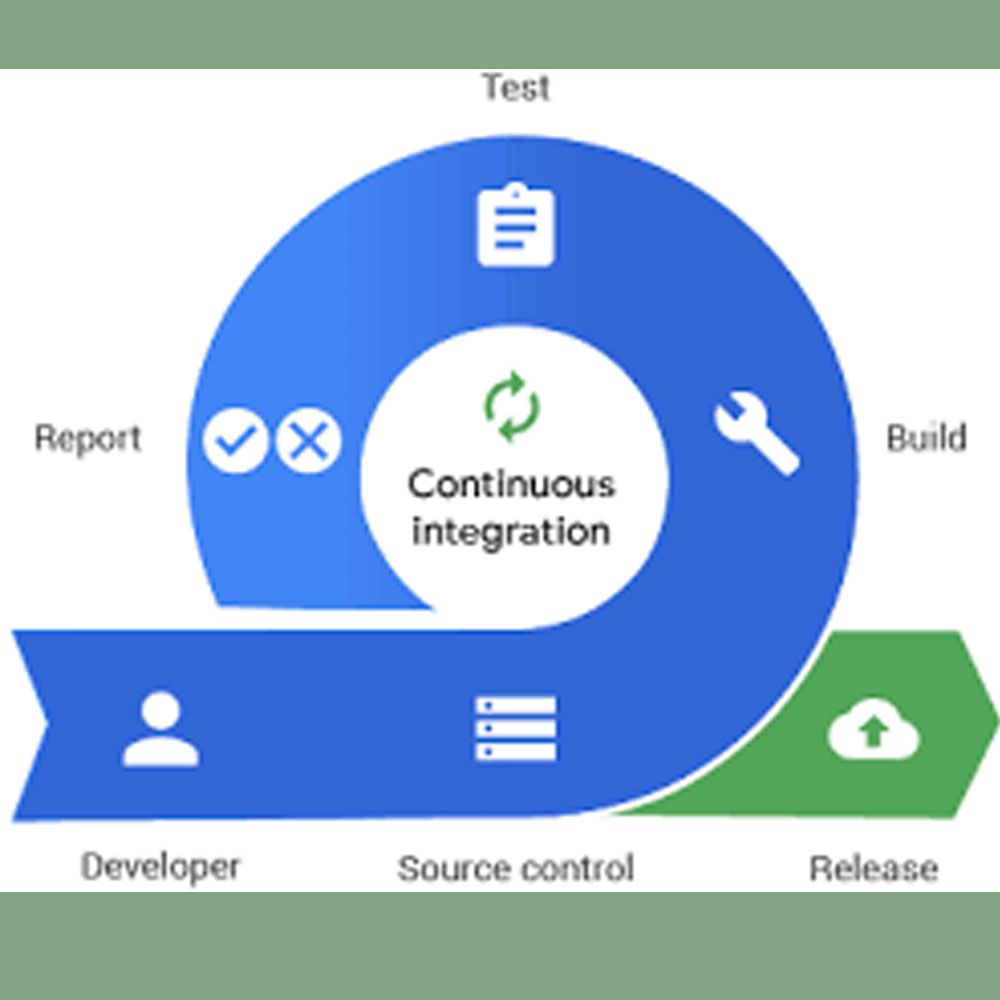 In the present software development environment a major practice that is getting a lot of buzz but it is still not very clear to many developers that ‘what Continuous Integration (CI) is?’.

Continuous Integration (CI) is a software development practice in which the developers are submitting their code into a single repository many times a day which as a whole can work together.

Let’s dive into it in detail.

To understand that ‘what continuous integration adds into the development process?’ it is necessary to understand ‘how development used to take place before it’s introduction?’.

In most software development teams there are 10 to 15 developers. Each of them used to work separately on different features of the software in their workspace without checking it’s compatibility with the rest of the developer’s code until they think they have done their part.

After many days or sometimes weeks when they merge all the codes, some developer’s code conflict with the other’s. This lead to a situation called merge conflict.

But when the number of developers and number of code files increases gets the situation worse known as ‘merge hell’. Because of this a lot of bugs arise and the cost and time required to find and fix those bugs increase significantly.

So Continuous Integration (CI) comes out to be as a solution. Here the developers are continuously submitting their code on a single repository.

Whenever a change is done in the code the whole code repository gets to build and tested by the automation technology. It instantly informs the team if there is any bug so that it can be fixed as early as possible and the burden of dealing with a lot of bugs is prevented.

1. Since the code is built and tested daily so it prevents the situation called ‘merge hell’. Anything that went wrong gets fixed at the same time.

2. Because the code is already in the build state, so the software can be anytime taken for further high-level tests such as functionality test.

3. CI improves the collaboration skills of the developers and the quality of the product they are working on.

4. Since the code is continuously monitored and reviewed by many developers at the same time so the quality of the code improves a lot.

5. It also increases the productivity of the developers as they are not writing a big code which does not work with the existing, rather they are writing small code which at the end of the day is a testable code.

6. It allows the frequent deployment of the code for production, and easier updates can be done in the existing product.

7. CI also helps in increasing the release speed and the product releases at the right time when the market is ready for it.

CI Tools takes the responsibility of undertaking the repetitive task of building, testing and deployment of the code on its shoulder. It keeps the backlogs of the previous code so that anytime you can get back to it if anything went wrong.

Here are some of the best continuous integration (CI) tools.

Buddy helps in SDLC by deploying the code directly from the well-known repositories like GitHub, GitLab and BitBucket. Along with that it also notifies the development team about the updates of deployment, regular reports and emergency notification when something wrong with the code is detected.

Jenkins is a free platform where CI automation can be done.

Circle CI is one of the most preferred Continuous Integration (CI) automation platform that provides Dicker based services.

Azure DevOps includes a complex set of tools in which each tool combine the functionality of a lot of tools. Those tools allow automation, testing, management and to support the software.

With Bamboo, developers can automate the building process, but the build can be optimised and modified by the testers.

Multiple test cycles are supported by Build Bot. It automatically tests and compiles the whole repository when a code is added to the repository. It also notifies about any update in the project.

1. Build automation should be created to trigger the build process in just one command.

2. Maintaining the main code repository where all the production-ready codes are stored.

3. several tests can be done to ensure that the build created has changed in high quality, or dome better change can be done.

4. Any bug detected should be fixed on the same day.

5. The build process should be fast to detect any error quickly.

6. Build results should be published at a common site so that each team member can view them and take the required actions.

So continuous integration (CI) believes in the idea of detecting and fixing issues on daily small patches rather than undergoing a hectic task of fixing a whole lot of code.