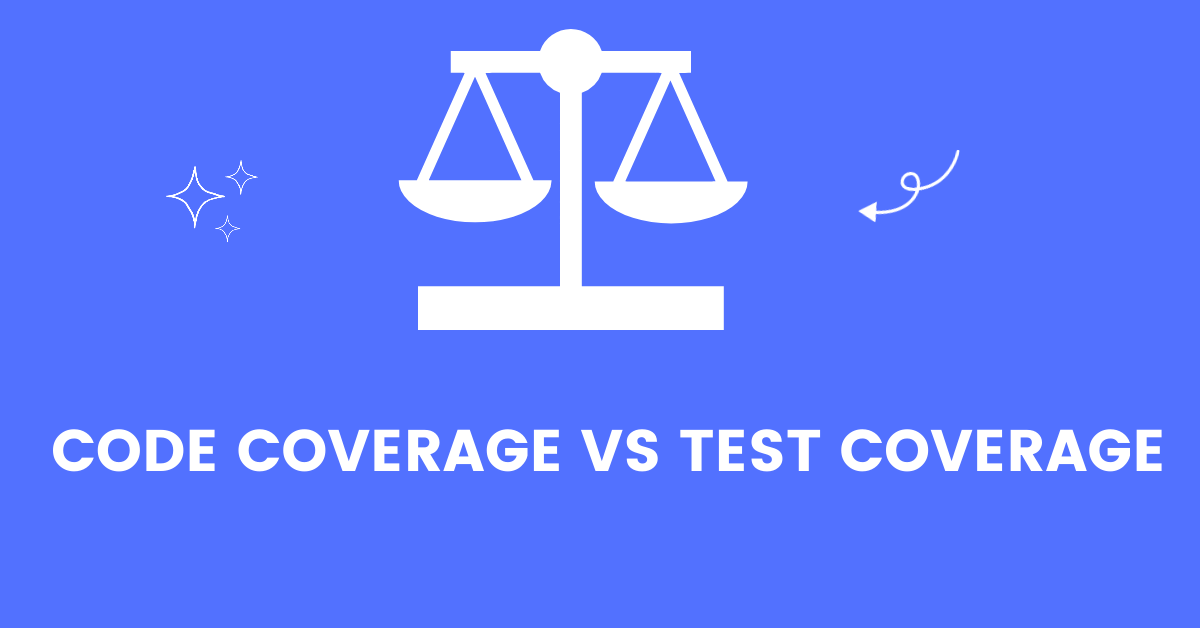 Software developed is not ready for the market until it is thoroughly tested. As the coding process is done by humans and it is possible that there can be some errors.

And it is very important to detect as many defects as possible existing in the code and the functionality of the software.

The testing process analyses the viability of the software. Code coverage and test coverage are the measurement metrics used to analyse if enough testing is done to assure the quality of the application.

Code coverage and test coverage are sometimes misunderstood with each other. In this article, we will discuss

What is Code Coverage?

Code coverage is ensured by performing automated unit tests. Unit tests are a part of Continuous Integration in which the code is tested every time a change is committed in code.

It helps in detecting and fixing the bugs at the same time they are committed and reduces the number of bugs for further testing.

So the more effective the unit test will be the higher will be the code coverage. A quality unit test should check the business logic, the accuracy of the calculated values and the path followed.

In this method, tests are first written to fail the code and then the code is written in such a way that that it can pass the test.

It will ensure the team that what they have written is functioning right and going to satisfy the requirements.

What is Test Coverage?

Coverage means that ‘what parts of the software are going to be exercised in a global test.?’. In simple words, test coverage measures the effectiveness of the testing.

Suppose a software has 4 features and the testing is performed which interacted and executed only three features then the test coverage will be 75%.

Similarly, if the software has 1000 lines of codes and if only 700 lines are executed in the test cases then the test coverage will be 70%.

By this, we can understand that the effectiveness of testing doesn’t depend upon the number of tests performed on the software but rather on the amount of software is covered during the testing process.

A test case that is covering a large part of the software is more effective than hundreds of test cases written covering only a few sections and not able to execute the rest part. So the value of quality is more in testing than quantity.

It is important to understand that ‘what are the areas or the parts recognised to be considered for getting covered?’.

It tells that if the software has been tested against all the user and business requirements.

It includes the testing of all the design elements in the Software like classes and functions.

It measures the number of lines in the code executed in the test cases.

But how to know which requirement has been tested?

This traceability can be drawn between requirements, design elements, lines of code and test cases.

When all the parts of the software are executed and they behave the way they should under different conditions then it ensures that y software is fulfilling the requirements specified at the beginning of the project.

It also ensures that the application is reliable to be used by the customers.

The current Software industry wants the systematic ways to assure the quality of the product, which includes the efficiency, cleanliness and simplification of the codes written and the ability of the software to satisfy the user’s requirements

Code coverage and test coverage are those systematic metrics that ensure the readiness of the product to get released in the market.