The Role Of AI Bots And Artificial Intelligence In Software Testing

The Role Of AI Bots And Artificial Intelligence In Software Testing 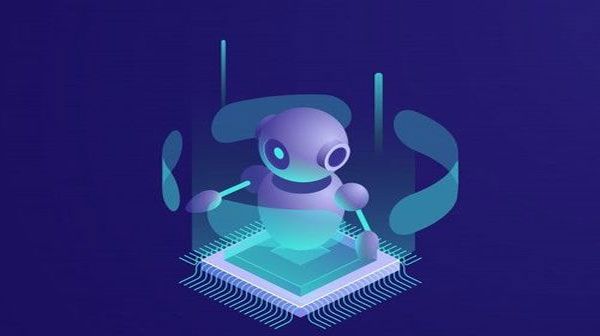 Software testing can be defined as an important process that follows effective testing practices to ensure the quality products are being delivered to the customers. That testing process is crucial and needs to be taken up along with software development for delivering customer satisfaction by enabling flawless applications. Typically, software testing has taken a left shift approach with the agile and DevOps practices on the go. It is a method of testing that ensures the software testing to be taken up along with the development, and both run in parallel from the initial stages.

Earlier, software testing was mostly done manually, with the waterfall model in place, and this is what has been taken up at the end of the software development life cycle (SDLC). Many missed project timelines, along with adversely affected causes, have been led by this sort of testing at the last phase of SDLC. But in today’s world, with continuous integration, continuous testing, and continuous delivery embedded in DevOps, software testing has taken a shift left approaches.

It has been stated above and slowly moved from manual testing towards test automation. To get effective test automation, the QA team uses both open source and paid machine learning test automation tools widely available.

The evolution of Artificial Intelligence in software testing

It has been observed that, though the enterprises could get many benefits by leveraging the test automation such as faster and continuous releases in quality products. But still, their quest for quicker ROI and the need for complete automation without human intervention has led to AI innovation.

Subsequently, intelligent AI-driven software testing has come into place in today’s era. It can be considered an umbrella term for algorithms and technologies that enable computer systems to mimic human intelligence perfectly. A wide range of these algorithms has been developed using robotics, machine learning (ML), Computer vision, cognitive computing, Natural language processing (NLP), etc. And interestingly, all these form a part of artificial intelligence technology.

Specifically, AI deals with today’s automation testing and machine learning, wherein the usage of machine learning allows computers to learn automatically without any human intervention. Interestingly the artificial intelligence machine learning involves the development of unique algorithms which are specific as well that can access data, learn from the data by extracting the patterns for making decisions and predictions, and also, seemingly, these patterns form the importance for the artificial intelligence chatbots.

In one of its articles, Forbes on AI bots said that “development teams no longer have the luxury of time they had when the monthly product launches were the gold standard.” the enterprises nowadays demand weekly releases and the updates which canticle in even more frequently. In this context of tightening deadlines where the bar is always set higher, the only real alternative is using smarter AI and testing faster.

What is a bot, and what is special about AI Bot in software testing?

It should be remembered that most tasks are tedious when it comes to software testing since the product or application functionality tends to be reviewed several times. The whole thing is various inputs, and the predicted outputs are tested. This method is the best and most powerful candidate for AI machine learning, and the key requirements needed for training an AI bot are these feedback and predicted results.

AI bot is nothing more than a shortcut for an AI Chatbot modelled as Bot, and it is used to mimic human conversation or chat with users allowed through AI. These AI’s function like people to ensure that processes are streamlined to save time and expense.

Importantly, we need to identify the basic targets used by the AI bots to operate on software testing. QA team should know how AI operates and make the best use of the AI bots during app testing. These smart bots must be autonomous, and the autonomy of an AI bot comes from the use of control loops.

Also, read Can’t Hear In One Side Of Your Earphone? Try These Quick Fixes

We can use AI-powered bots in software testing for various purpose:

The final analysis is important for integrating AI-enabling Test Automation, considering the more complicated and immersive software applications today across a plethora of APIs, IoT devices, and other linked systems. This increased applicational difficulty raises several problems during the testing process that could be solved using AI testing automation with machine-based intelligence bots that enable smart, non-stop inspection.

AI has been adopted by all industries such as healthcare, pharmaceuticals, banking, and many more to make life easier. Recently AI has also been used in software testing and automation for making software testing quicker, efficient and for delivering quality without any human intervention.

The role of AI bots and artificial intelligence in software testing procedures as they deliver continuously, faster releases and quality products without human dependency. Software testing tasks become more comfortable and quick with the usage of AI bots. Hence, enterprises and businesses should try encompassing these new AI-based technologies and bots to ensure quicker return on investment and obtaining quality products without much human intervention in software testing.