AWS Pricing Lambda: How Much Does It Cost To Run An Application Without A Server? 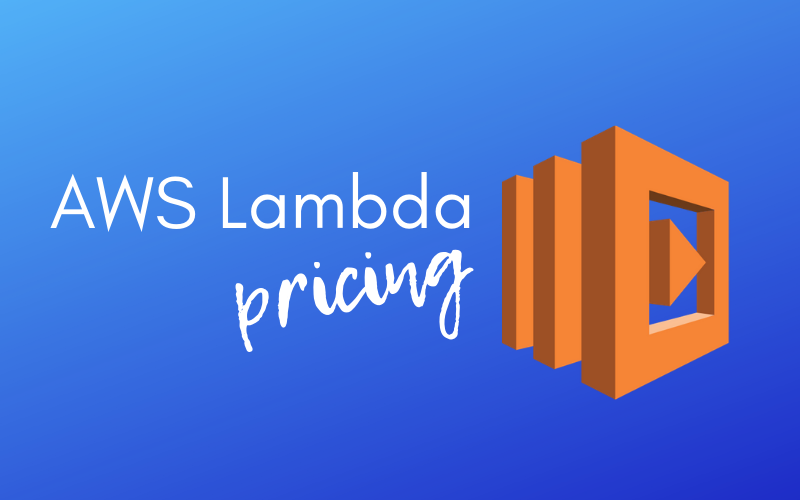 Software architecture design on an abstraction like containers, orchestration, and more recently serverless increases development velocity and reduces complexity and cost. But the cost of running an application depends upon many factors such as the choice of database, application adoption, hosting, etc.

So the complexity of the cost of an application indicates that the organization cannot rely on its development teams for making the decision and requires a hands-on decision-maker. So even though AWSlambda pricing is pretty straightforward, the cost of running a serverless application is very complex and incorporates many challenges.

AWS Lambda is a classic example of a series of cloud technology products usually known as serverless or function as a service. AWS Lambda is a code that runs in a temporary container to determine after serving its purpose, namely single invocation tasks—based upon these invocations, and you will be paying only for what you are using. Let's elaborate on the general pricing model:

It is the time a function takes for executing its code logic. So, for example, if a process is making an outgoing call and waiting until the response comes, the time spent idle will also be counted in the function’s execution time. Therefore, the overall duration of executive functions will be calculated from when code begins executing until it returns forgotten terminated rounded up to the nearest 100ms.

We can now compare the charges between AWS Lambda and EC2 for two different use cases:

The following situation for our application is considered in low calculations. For example, CRON scheduling works can be uploaded, read/write to DynamoDB, serverless authentication.

The monthly cost would be 5,832 USD even if we choose the lowest on-demand instance available.

The following scenario for our application is considered for heavy computer uses such as ETL operations, real-time data processing, and video processing:

Considering that this is a high-tech calculation, the monthly costs would be $138,2424, although we use m4.large with 8 GB of memory.

Sadly, it would add a considerable amount of overhead processing and slow down. To use EC2, you need to have your instance in place and wait for the triggering event, which requires 100% instance utilization every month. It will add a substantial expense.

Also, read 4 Cloud Computing Deployment Models That You Should Know About

You only charge Amazon API Gateway for APIs that are not used for upfront fees. However, the number of API requests you receive and the quantity of data sent and cached is paid for (if opted). Here is how:

For example, 5 million API calls were received a month in a regional API, and 3 KB per API came without caching.

The significance of API gateway in serverless apps

By simplifying normalizing system functions access points, including security and monitoring, APIs provide added value to serverless operations. In addition, because of the event-driven design, APIs enable bridge service modelling between systems through HTTP endpoints to activate your features.

API Gateway looks like a single API that meets the unique requirements of the application. API Gateway It consolidates in another language the path to all the typical characteristics of the system in the form of a service combined.

One thing is sure, the first step towards a serverless architecture is to map your requirements and how much it will cost to put your idea into practice. There's no size for everyone! For some firms, serverless helps lower expenses with an enormous margin, while others undoubtedly seek wider choices, given the hidden costs of serverless.

Although the remarkable thing about the AWS Lambda pricing calculator is that each serverless service offers free levels that might be enough for you if you have a modest workload. Ultimately, serverless provides enormous cost and time-saving possibilities when done correctly.